Ray Merrill is a Professor in the Department of Health Science at Brigham Young University. He joined the faculty in 1998, following employment as a Mathematical Statistician in the Applied Research Branch at the National Cancer Institute. His research interests include chronic disease epidemiology, social determinants of health, and program planning and evaluation. 12.   Zhang J, Gan L, Wu Z, et al. The influence of marital status on the stage at diagnosis, treatment, and survival of adult patients with gastric cancer: a population-based study. Oncotarget 2016; Epub ahead of print.

Keynote: What could improve the quality of life and well-being of the population?

Jean Caron studies the mental health of populations, the assessment of mental health services and the validation of psychometric instruments. He joined the Psychosocial Research Division of the Douglas Mental Health University Institute in 1998 and became an Associate Professor of Psychiatry at McGill University. He currently leads the Canadian Institutes of Health Research Team in Social and Psychiatric Epidemiology. He is also an associate researcher at the Institut de Santé Publique of the Université de Montréal and the Instituto de Saude Colletiva of the Federal University of Bahia in Brazil. His recent studies have identified determinants of psychological distress quality of life and well-being among different populations. Jean Caron’s research has received national and international recognition. He was a visiting professor in the Department of Social Psychology at the University of Seville, in Spain. He is a consultant in social and psychiatric epidemiology to the Public Health Agency of Canada, Statistics Canada, the Quebec Department of Public Health, and the U.S. National Institutes of Health. 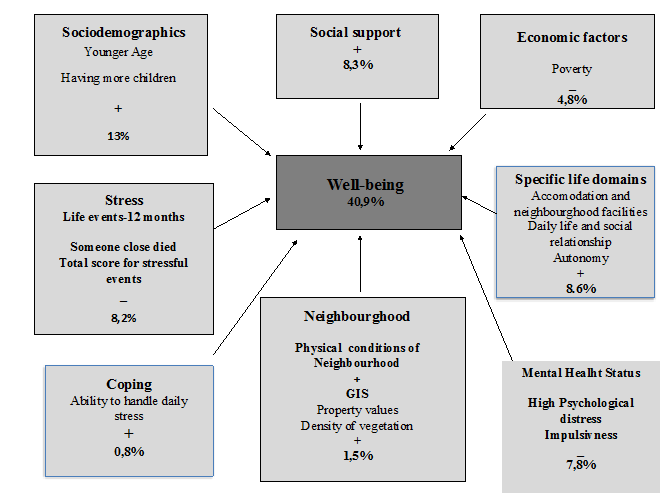 Keynote: The Need to Enrich the Instrument Box of Public Health Statistics: Merger the Bio-Medical and the Bio-Psycho-Social Disease Model!

Wolfgang Seger has worked as a doctor of medicine at the Freie Universität Berlin in 1977 and received his license as a physician in 1978. Afterwards, he was initially a research assistant at the Institute of Clinical Radiology at Hanover Medical University. After working at various clinics, he opened his main practice in internal medicine/gastroenterology in Bad Pyrmont in 1985 and was a consultant for the operative therapy of two clinics. From 1989 to 1991, Seger was a senior physician at the Lorch Social Medicine Clinic, and until 1994 he was the senior physician of the Social Medicine Department of the LVA Oldenburg-Bremen. In 1994 Seger became a senior physician of the medical service of the health insurance of Lower Saxony (MDKN) and in 1997 his deputy managing director. In 1998 the University of Bremen was appointed honorary professor for rehabilitation medicine.

Socio-political and economic Health Care decisions are often made on the basis of disease statistics alone. However, due to the changing panorama of diseases taking place in our century, especially healthcare of chronically diseased persons is often going along with impairing and cost-intensive, life-long concomitant personal and insurance-straining sequelae like rehabilitation, psycho-social assistance, sick-benefits, invalidity pension or long-term care. These impacts must be considered simultaneously for appropriate decisions.  In social welfare states legislature is increasingly following the Bio-Psycho-Social Disease Model instead of the Bio-Medical Disease Model alone, aiming to achieve an inclusive society and putting into effect the Convention on the Rights of Persons with Disabilities. Therefore time has come to merger both disease models. A merger of the two underlying WHO classifications, ICD and ICF, is overdue to enrich the instrument box of public health statistics for political decision makers